President Jefferson Davis and members of his cabinet left Richmond sometime between 10:00 and midnight on April 2, 1865. They traveled on a special train via the Richmond & Danville Railroad (R&D RR) – the only railroad remaining operable from the Confederate capitol. Many historians agree the train was pulled by the engine “Charles Seddon,” but as with most information about Davis’s flight, that name is uncertain.

After the Civil War, the R&D expanded aggressively laying new track and purchasing other railroads. By 1890, it had grown to over 3,300 miles of track but was on shaky financial footing. In 1894, the R&D and other lines emerged from a reorganization as the Southern Railway. The Richmond & Danville was no more.  The Southern Railway became the Norfolk Southern in 1982.

Much has been written about the Confederate government’s 1865 trip on the R&D. Perhaps the most complete account is Jefferson Davis’s Flight from Richmond by John Stewart. My purpose was not to add to that detail. Instead, I wanted to follow Jefferson Davis and, to the extent possible, see what he saw in 1865. 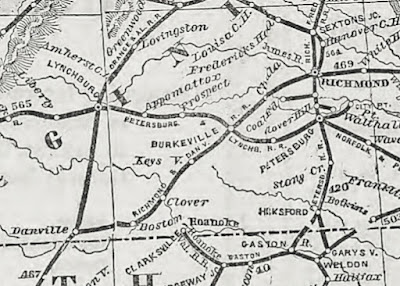 The tracks of the R&D are still in place west from Richmond to southwest of Keysville (just over halfway to Danville), from Clover to South Boston, and from Ringgold to Danville. Except for a few miles southwest of Keysville operated by the Buckingham Branch Railroad, the tracks are owned and operated by Norfolk Southern. In every location I visited with tracks in place they were shiny suggesting they are currently used. 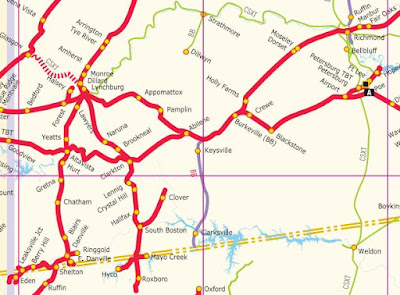 Railroads always have stations – a location where trains come to a stop perhaps for fuel or water. Some stations have depots – one or more buildings for use by passengers and for handling freight. R&D locomotives were wood fired and stopped often for supplies of wood and water. Depots were often targets of Union raiders seeking to disrupt the Confederacy’s transportation system.
Every train stopped in the City of Manchester – once the county seat of Chesterfield County but now incorporated into the City of Richmond. There is a Southern Railway station there on Hull Street, but it isn’t near the R&D tracks. The depot appears to be from the 20th century and is now the Richmond Railroad Museum.  The museum is open only on Saturdays and Sundays and I was traveling on Wednesday. Jefferson Davis would not have been here.

The next stop of any certainty by the Presidential train was Moseley Depot in Powhatan County some 22 miles down the tracks. There is no evidence of a station or community today except for a Moseley Road paralleling the tracks for about 700 feet. Less than a mile past Moseley the tracks change general direction from west to south / southwest.

The rails continue to Chula in Amelia County. There are some older homes there. Reportedly, Chula depot was destroyed by Union forces in 1864 but was soon rebuilt.

About three miles further on, in the community of Winterham, U.S. 360 begins to follow the route of the R&D. Drivers on 360 will often see the rails over the next 40 miles.

The next station with a depot, 36 miles from Richmond, was Amelia Courthouse. In The Rise and Fall of the Confederate Government, Davis himself reports that no stop was made at Amelia.

Rather, the train stopped at Jetersville about seven miles on – then a comfortable village with several stores and a depot. One store, possibly from 1865, remains next to the tracks. Two days later, General Lee’s retreating army followed the same route from Amelia Courthouse to Jetersville.  He encountered Union forces here forcing him to turn north toward Amelia Springs and Farmville. 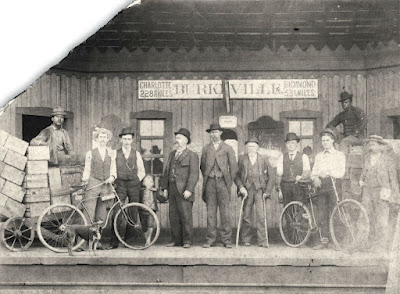 Burkeville, in Nottoway County, was the junction of the R&D and South Side (Petersburg and Lynchburg) Railroad making it a special target for Union raiders. The President’s train pulled in just before sunrise at about 5:00 a.m. for wood and water. Here the Presential party left the train for the first time to see the raiders’ ruins.

Burkeville presently has a beautiful depot, but it was constructed in 1915 and moved across the railroad tracks to its present location in 2001.

The Norfolk Southern leaves the tracks of the R&D here to follow the old South Side Railroad toward Appomattox and Lynchburg. 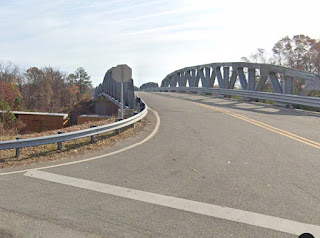 The hamlet of Green Bay also had a depot destroyed by raiders in 1864 and quickly rebuilt. The Presidential train did not stop here. Interestingly, Green Bay has a beautiful, trussed bridge of uncertain age over the tracks of the Buckingham Branch Railroad – the former R&D.

While there is no record of the Presidential train stopping here, Keysville is still a delightful little town with a block-long main street. The town once centered on its railroads – the R&D mainline and an R&D spur to Clarkesville built in 1875. The depot is likely from the very early 1900s and stood in for depots in Eastport, Maine, and Warm Springs, Georgia, in the 1976 filming of the TV movie Eleanor and Franklin.  The Keysville station retains its water tower.

Across from the depot is the 1907 Charlotte Hotel. This and two other hotels were busiest when gold and copper were discovered in the area. The gold didn’t amount to much. The copper played out in the early 1920s.

The rails of the R&D in Clover exist primarily to serve the coal-fired Clover Power Station near the Staunton River.  In 1865, Clover certainly had a depot and the Presidential train stopped for wood and water. In an account that some say is unreliable, Lt. John Wise, stationed in Clover, stepped aboard the train to chat with his brother-in-law Dr. Alexander Garnett – physician to the President.  During this visit, Wise noted that the President’s face showed physical and mental exhaustion.

We learn of Lt. Wise again as the messenger between Davis in Danville and Lee in Appomattox just a few days later, a well-documented account.

About two miles before reaching South Boston, the presidential train was delayed by a wreck. The train ahead of the President derailed following the collapse of the floor in a boxcar. Five lives were lost. 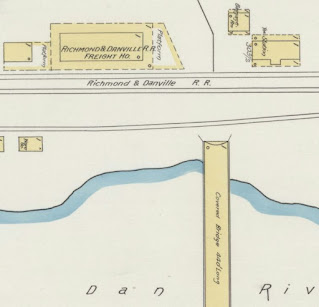 South Boston certainly had a depot by 1854 as it was the end of the R&D Railroad at that time. It is also the end of the line today as the trains from Clover proceed north on the tracks at this point.  It is not known whether the Presidential train made a stop at that depot adjacent to the Dan River and the covered bridge across the Dan.
South Boston has a depot today built along the tracks of the Lynchburg & Durham Railroad (now Norfolk Southern) by 1917. This depot is far from the R&D rails. 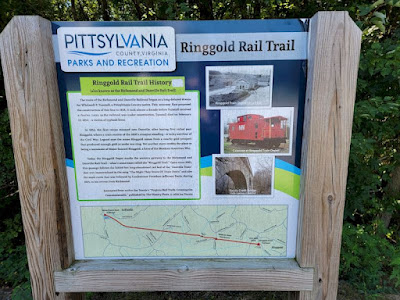 Sutherlin was a station but there was no known depot. Later, in 1878, the narrow-gauge Milton & Sutherlin Railroad terminated here.  Sutherlin is presently the eastern terminus of the Ringgold Rail Trail on the railbed of the R&D.
Ringgold, just five miles from Danville, had a freight depot in 1865 but no passenger accommodations. Today that depot it is the western terminus of the Ringgold Rail Trail. Norfolk Southern operates just west of Ringgold to Danville serving local industries. On the afternoon of April 3, 1865, after about 18 hours of travel, the Presidential train crossed the Dan River on its wooden trestle and arrived at the Danville depot. The depot too was a wooden structure. It was immediately adjacent to Craghead Street – in front of today’s station.
Danville’s Mayor Walker organized an official welcoming committee. President Davis was escorted to the stately home of Major W. T. Sutherlin near the outskirts of town. He stayed until April 10 before continuing his flight south.
Posted by Paul Liepe at 7:41 AM