Gustav and Auguste Schmiedigen were Paul’s second-great uncle and aunt, Gustav being the brother of his great-grandmother Antonie Marie Caroline Johanne (Schmiedigen) Liepe.  The photo below is from Paul’s grandmother’s album labeled “Onkel Schmiedgen + Frau.” 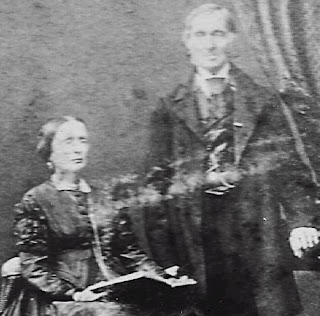 While Gustav and Auguste had six children, only three are known to have lived to adulthood.  The oldest to survive was born on 24 May 1866, and was named for his father – Gustav Anton Gottlob Schmiedigen.  Second to survive was daughter Ida Anna Luise Emilie Schmiedigen, born 12 Mar 1871.  The youngest of their children, Theodor Richard Albert Schmiedigen, was born more than ten years after his sister on 16 December 1881. 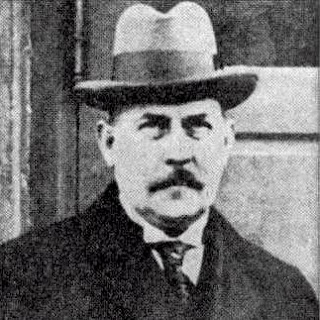 Eldest son Gustav was both a soldier and a civil servant.  Early in life, Gustav volunteered for military service, intending to make it his career.  However, he was honorably discharged with the rank of Captain of the Reserve so that he could enter government service.  At that time, bürgermeisters or mayors were appointed positions, and Gustav was appointed to the German Empire’s city of Opelln, now Opole, Poland.

Gustav later moved closer to home, serving in Zossen, about 25 miles south of Berlin, from which he retired at a young age on a civil servant’s pension.  However, in 1902, he reentered service as head of the municipal council of Britz, a Berlin suburb.  He remained until Britz was incorporated into Berlin as a part of the borough of Neukölln, retiring again in April 1921.  During his tenure there, he remarked to his sister Ida (below) how relieved he was that Wilhelm Voight had chosen Köpenick instead of nearby Britz for his escapade (see box).

On October 16, 1906, an out-of-work German shoemaker named Wilhelm Voigt donned a second-hand military captain's uniform he had bought, walked out into the street, and assumed control of a company of soldiers marching past.  He led them to the town hall of Köpenick, a small suburb of Berlin, arrested the mayor and the treasurer on charges of embezzlement, and took possession of 4,000 marks from the town treasury.  He then disappeared with the money.  The incident became famous as a symbol of the blind obedience of German soldiers to authority – even fake authority.

The police tracked him down nine days later, and he was sentenced to four years in jail.  But he proved to be such a likable character (and popular hero) that the Kaiser pardoned Voigt after he had served less than two years.  Voigt subsequently pursued a career in show business, where he entertained audiences, including in the United States, by re-enacting his stunt on the stage.

His bronze statue on steps of Köpenick city hall is shown at right.

Gustav and his wife (name unknown) left Berlin during the second World War.  Due to the intense bombing by the allies, many either lost their homes or were forced by the government to move out of the city.   However, in a letter to his cousins in America (see letter), Gustav states he was driven out by the occupying Russians.  In that 1947 letter, this proud civil servant begged for care packages from those cousins.  Paul was told as a child that many were sent.

This letter must have been among his last acts, as he reportedly passed in 1947. There were no children as far as is known.

Gustav was so well regarded for his service in Britz that a brief biography was recorded as both a street and a path in Berlin were named for him.  First was Schmiedigenstrasse, formerly Chausseestrasse.  But the name only held for just over a year in 1950 and 1951, when the street was renamed Britzer Damm.  Second was  Schmiedigenpfad in June 1975.  This path, a public right-of-way, connects Lipschitzallee and Sollmannweg and provides access to several residential blocks (apartment buildings).  “Schmiedigen Path” remains in use today.

Comparatively little is known about Gustav’s sister Ida and baby brother Theodor.  Ida married the older Adam Friedrich Heim in Berlin on 16 Nov 1893.  There are no known children from this marriage, and the date of Ida’s passing is unknown.

As far as can be determined, Theodor Schmiedigen never married.  Berlin telephone directories list him as a fuhrunternehm, a hauler or trucker.  According to Gustav’s letter to America, Theodor was buried under the rubble of his destroyed house after a direct hit by Allied bombers.  He was rescued, but later died after prolonged suffering.  Though no specific date is mentioned, the most severe bombing of Berlin occurred between March 1943 and March 1944.

Posted by Paul Liepe at 4:19 PM No comments: