On August 4, 1862, President Lincoln called for another 300,000 men.  New Jersey was committed to 10,478 men.  New Jersey’s governor, Charles Smith Olden, threatened a draft if the quota was not met.  As a result, Isaac Reed and several of his cousins mustered to the 23rd Regiment of the New Jersey Infantry (also known as the Yahoos) on 13 Sep 1862 for a period of 90 days.  Isaac was a bit older than many soldiers – 29 at the time of his enlistment.  He died of typhoid fever during his service on 2 Jan 1863.  The widow Mary Jane remarried about nine months later to Henry Parker.

Isaac’s younger brother Joseph F Reed (1841-1865) mustered to the 3rd New Jersey Calvary, also known as the Butterflies, on 23 Aug 1864, perhaps to avenge his brother’s passing.  Joseph was married to Elizabeth Coleman (1843-1910), the younger sister of his brother’s wife Mary Jane Coleman.  Joseph too died of typhoid fever, he in the hospital at Harper’s Ferry on 20 Mar 1865.  Less than two months later, and about eight and one half months after his enlistment, Joseph’s wife gave birth to their son Joseph A Reed on 9 May 1865.

At the time of the Civil War, most women (and particularly younger women with young children) were unable to support themselves even if they had some land.  Thus, remarriage was often their only option for survival.  Like her sister, Elizabeth Coleman Reed married again quickly on 4 Jul 1865 – less than two months after her son Joseph was born.  Marriage records show the name of her new husband as Tull Workman, though he is listed in the 1870 census as Sarbert Workman.  The Workmans had two children – Anna in 1867 and Lizzie in 1870.  Mr. Workman’s whereabouts after 1870 are unknown.

By the 1880s, Elizabeth Coleman Reed Workman married a third time to George Donovan in the State of Delaware.  Elizabeth had two children with George – Andrew in 1883 and James in 1885.  By 1900, the Donovan family was living in Kansas. 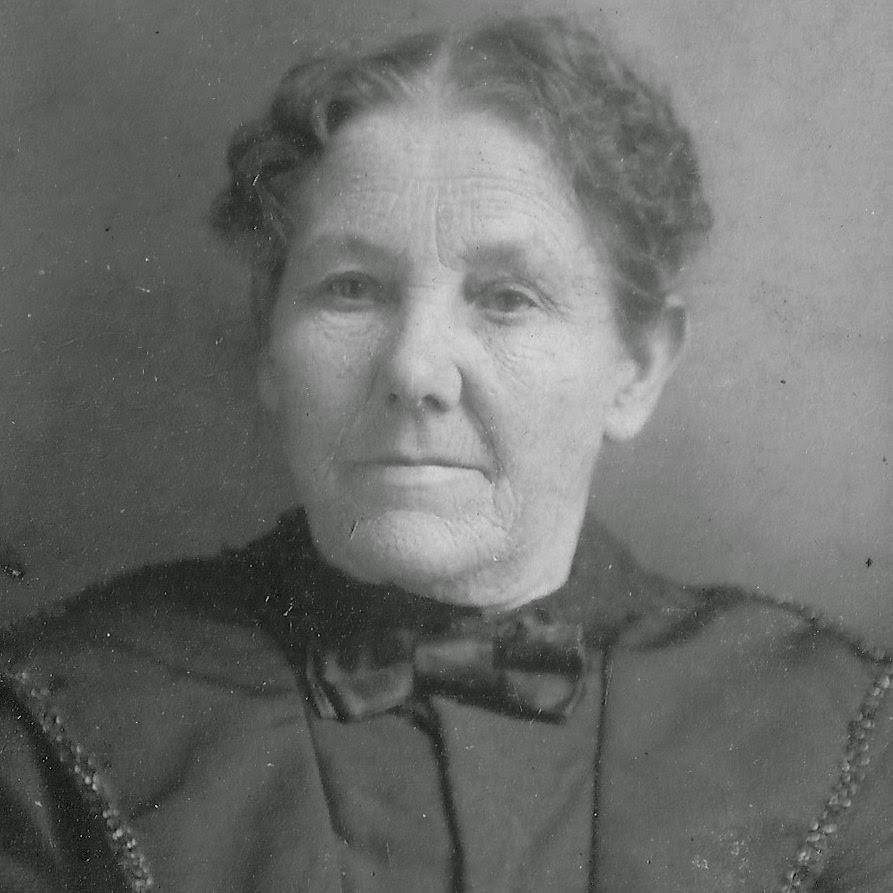 In the effects of Andrew Donovan’s grandson Kenneth Mercer (1946-2007) there was a photo labeled Mary Jane Parker.  While she knew nothing of the many remarriages of the Coleman sisters, Kenneth’s widow Rhonda attached this photo to her private online tree at Ancestry.com.

It is through her courtesy that the photo at right appears – Paul’s great great grandmother Mary JANE Coleman Reed Parker (1839-1902).  Thank you, Rhonda, for the only photo of a great-great grandparent in Paul’s tree.
Posted by Paul Liepe at 10:53 AM 1 comment: