While we are more likely to visit homes built after the Civil War, our last two visits have been to earlier homes from the Georgian / Federal period.  But our lack of attention to Ayr Mount, so close to our home in the piedmont of Virginia, is more due to the difficulty in finding house museums to tour.

Ayr Mount was completed in 1815 in Hillsborough, North Carolina.  William Kirkland named the house in honor of his birthplace, Ayr, Scotland.

Due to its Federal style, Ayr Mount looks simple and austere on the outside. It is one of the first homes built of brick in the piedmont. 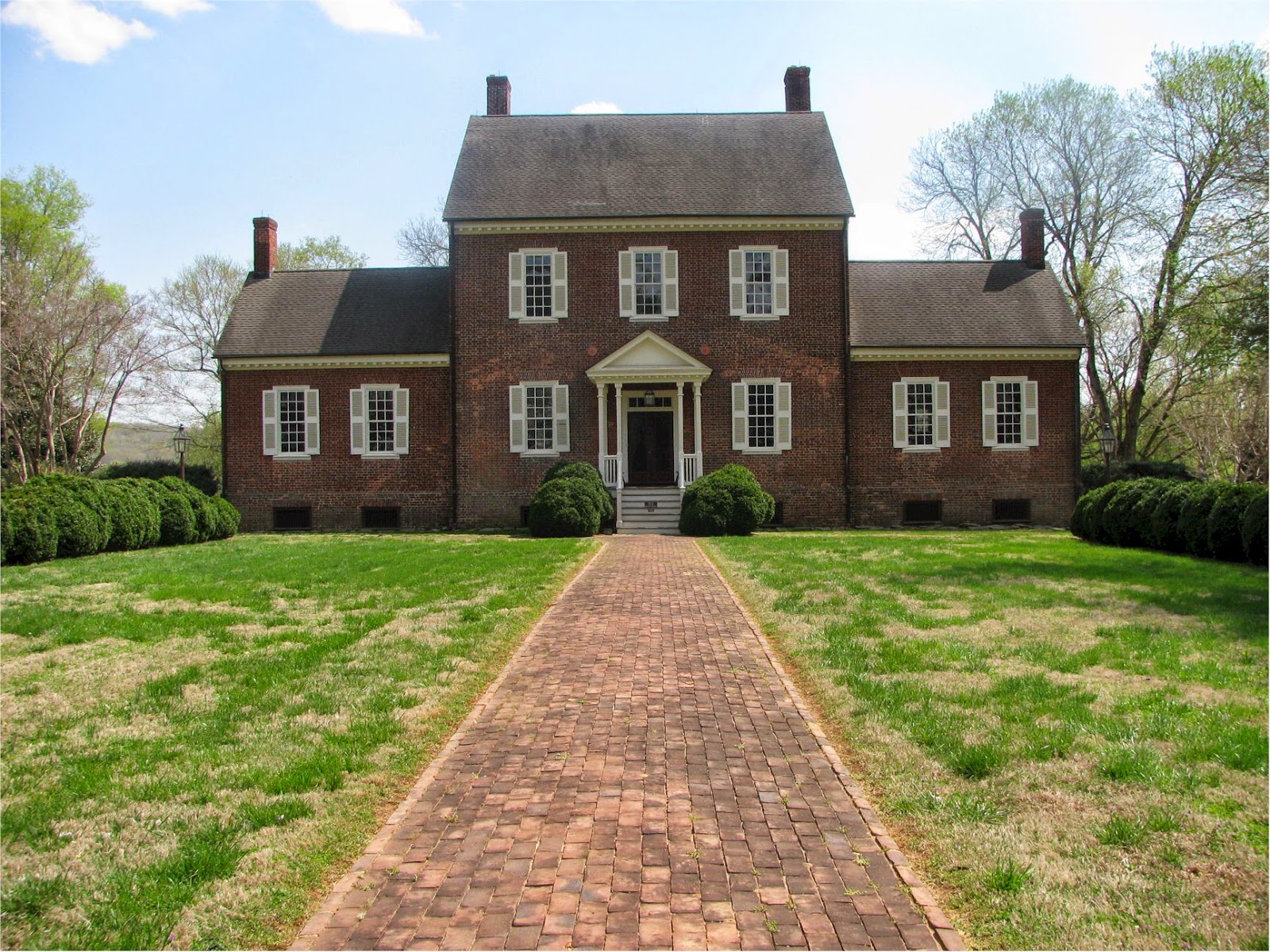 Conversely, the interior is quite grand.  It has elaborate woodwork and plasterwork with a ceiling height of 14 feet on the main floor.  One particular style of cornice caught my eye because I had never seen it before.

While a few of the furnishings belonged to the Kirkland family, most are period pieces from the collection of Richard Jenrette.  Ayr Mount was first intended to be a retirement home for Jenrette, a Raleigh native.  But with the acquisition and restoration of other fine homes, he has established a preservation trust to open them to the public.  We can’t wait to visit others.
Posted by Paul Liepe at 6:42 AM No comments:

In late March, Marjory and I had the opportunity to Savannah, Georgia.  The older part of Savannah is a compact, walkable city built around numerous public squares.  Among our stops there was the Isaiah Davenport House Museum.

Originally trained as a carpenter in Rhode Island, Davenport relocated to Savannah in 107 or 1808.  In addition to being a carpenter and builder, he served as one of Savannah’s fire masters, a constable, a city alderman, and a member of the board of health.

He built his own home in 1820.  It is one of the earlier brick structures in the city located with a fine view of Columbia Square, the squares being the most desirable locations.  The house has been immaculately restored to its decoration and furnishings from the 1920s.  Of particular note are the wallpapers, faux finishes, and plaster cornices. 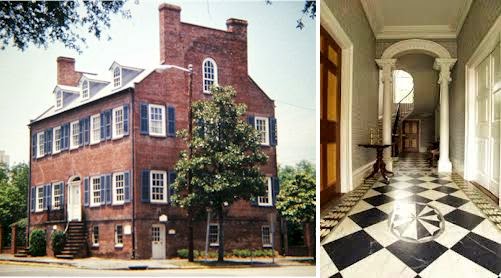 The Davenport House was the genesis for the Historic Savannah Foundation (HSF), which owns and operates the house today.  However, this was just the beginning for HSF, which has stimulated the preservation of many fine Savannah houses and the repurposing of many commercial properties.  As a result, present-day old Savannah oozes history from every pore.

Posted by Paul Liepe at 6:40 AM No comments:

This story is about Marjory’s first cousin 11 times removed William Gooch.  He was born in Great Yarmouth, Norfolk, England in 1681 and died in London in 1751 at the age of 70.  However, he spent 22 years of his life in Virginia, 13 as Lieutenant Governor.

While Lieutenant Governor may not sound all that important, the two Crown Governors to whom he reported (George Hamilton, First Earl of Orkney and Willem Anne van Keppel, Second Earl of Albemarle) never actually visited Virginia.  William Gooch was in charge from 1727 to 1740.

Gooch’s policy as governor was to protect the western part of the territory from Native Americans and the French.  He authorized promoted the settlement of the Shenandoah Valley in order to buffer the rest of the colony from Indian attacks.

One of his greatest successes was the passage of the Tobacco Inspection Act of 1730.  The Act raised the quality of Virginia’s tobacco and reduced fraud, which greatly increased the demand for Virginia tobacco.  During his time as governor, he also distinguished himself militarily in New Grenada, South America.

Gooch honored himself by naming Goochland County just west of Richmond.  Also, one of the westernmost Shenandoah Valley towns at that time, Staunton, was named for his wife Rebecca Staunton Gooch in 1747.

William Gooch was made the 1st Baronet of Benacre Hall in 1746 and a Major General in 1747.  While still a commoner, a Baronet ranks above a Knight, and the title is hereditary.  While William and Rebecca (Staunton) Gooch had one son who they raised in Williamsburg, he passed at the young age of 25.  After William’s return to England in 1749 and his death in 1751, the baronetcy passed to his brother, Bishop Thomas Gooch.  The bishop’s descendants still carry the title today along with the Benacre Estate in Norfolk (shown below) today. 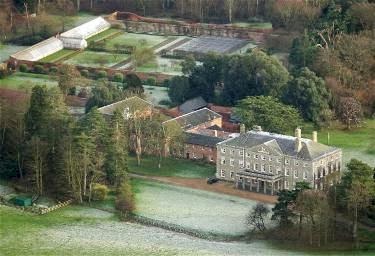 Governor William Gooch was not the first member of the family to come to Virginia.  Marjory’s 10th great grandfather and William’s uncle Lieutenant Colonel Henry Gooch (1635-1683) was living in York County by 1656.

Posted by Paul Liepe at 9:47 AM No comments: