John Garland Pollard was the 51st governor of Virginia, serving from 1930 to 1934.  Among his many accomplishments, he established the Virginia Museum of Fine Arts.

At the time he took office, his wife, Grace Phillips Pollard, was an invalid.  As a result, his daughter Suzanne Virginia Pollard, age 23, became the acting first lady of Virginia, accompanying her father for important events and serving as hostess at the governor’s mansion in Richmond.  A graduate of the National Cathedral School in Washington, DC, Suzanne was an accomplished actress and, according to press reports, a sought-after beauty.

The hopes of many bachelors were dashed when on October 1, 1930, Suzanne’s engagement to Herbert Lee Boatwright, Jr., was announced.  Lee Boatwright was then a Washington lawyer, having graduated from Princeton in 1927 and then attending the University of Virginia Law School.  Lee Jr. was raised at 904 Main Street in Danville, the son of Herbert Lee Boatwright and Mary Elizabeth Vaughan.  Lee Sr., along with R. L. Dibrell and A. B. Carrington, was a driving force in the success of the Dibrell Brothers tobacco firm.

Danville society was agog when Suzanne spent several days with the Danville Boatwrights in mid-October.  The wedding ceremony for Lee and Suzanne took place in the governor’s mansion on January 3, 1931, with only family in attendance.  However, the mansion reception that followed was attended by the social elite from around the state and the nation.

Following a honeymoon in Cuba, Lee and Suzanne again visited with his parents in Danville in late January.  The groom’s mother held an elaborate tea in her daughter-in-law’s honor at her home on Main Street.  By February 1, Lee was back at work in Washington while Suzanne commuted between Washington and Richmond so that she could continue to assist her father.

Suzanne gave birth to their first son, Herbert Lee Boatwright, III, on February 13, 1933.  Governor Pollard was planning a trip to Washington the following Tuesday for a meeting with President Herbert Hoover.  When he heard the news about his new grandson he remarked, “I shall see the sitting president and the future president of the United States on the same day.”  A second son, John Garland Pollard Boatwright, was born there on April 18, 1936.

During World War II, Lee served as an air combat intelligence officer, USNR, in the Pacific.  In 1945, he decided not to return to the practice of law, and he and his family moved to Belle Isle Farm on the Rappahannock River in Lancaster County, Virginia.  There, Lee and Suzanne restored the plantation’s mansion house and Lee engaged in cattle raising and oyster farming.  A third son, Beverley Vaughan Boatwright, was born there on December 22, 1947. 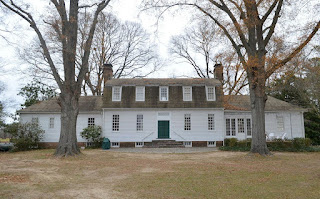 Herbert Lee Boatwright, Jr., passed in 1974 followed by the governor’s daughter, Suzanne Virginia Pollard, in 1977.  The mansion house remains in private hands while the majority of Belle Island Farm is now a state park.

Herbert Lee Boatwright, Jr., was not the only member of his family to marry a politician's daughter.  His older brother, John Guerrant Boatwright, married The Senator's Daughter.